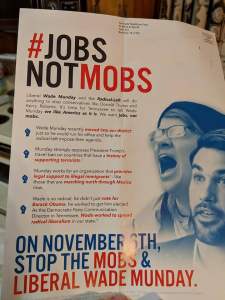 Larry Proffitt, an 8th grade U.S. History teacher, has announced that he will be running once

As the old saying goes “follow the money”, and with the financial disclosures for candidates coming

Dean Makes Solutions His Priority in Bid For Governors Office

In response to an outpouring of opposition from the community, students, and alumni, the Mae Beavers