After weeks of mania from an explosive price valuation from Bitcoin, Ethereum, and other crypto currencies, it’s safe to assume that something strange is happening to the worlds financial markets.  Bitcoin’s price has skyrocketed from a little over $1000 the beginning of the year upwards to $19,000 this past week and it’s holding steady.  Ethereum has risen over 4000% this year alone.

Wherever you look, you can see equity prices have become incredibly expensive.  Real Estate prices have also risen in most markets across the United States.  For stocks, there has been only one other time in the past century that the price/earnings ratio’s 10 year moving average (PE10) has been higher then it is now.  The DJIA has risen 24% this year alone.  In short, we are truly experiencing equity inflation at an incredible scale, and it’s absolutely unsustainable.  But why?

Obviously the Tax Reform Deal will make it that much more advantageous for large corporations going forward and stockholders alike, and most of this past years gains have been a “buy the rumor” moment on tax reform legislation passing (from the adage “buy the rumor, sell the news”).  It’s safe to assume that investors have been piling on money into the equity market in preparation for tax reform, when corporations will have that much more money to spend on stock buybacks, or paying down corporate debt.

Stocks have exploded in value in the past year alone, and for what?  Employment rates are at historic lows, but if one considers the workforce participation rate is still 3% lower then it was in 2008, basing your view of the economy off of the U3  unemployment rate becomes almost irrelevant.  Consider also, wages aren’t keeping up with inflation, and it’s safe to assume that the equity market is experiencing inflation almost single-handedly from Tax Reform.  Meaning the Dow Jones Industrial Average has already risen 24% this year because of something that hasn’t even happened yet.

With that said, the end of stocks euphoric gains will come quickly and significantly in the next year or two when bond investments become more appealing during the reversal out of stocks and into bonds.  We are already seeing the yield spread begin it’s decent into the territory that has been historically more hazardous for financial markets.  Financial markets, generally speaking tend to be more volatile in periods of rising interest rates. 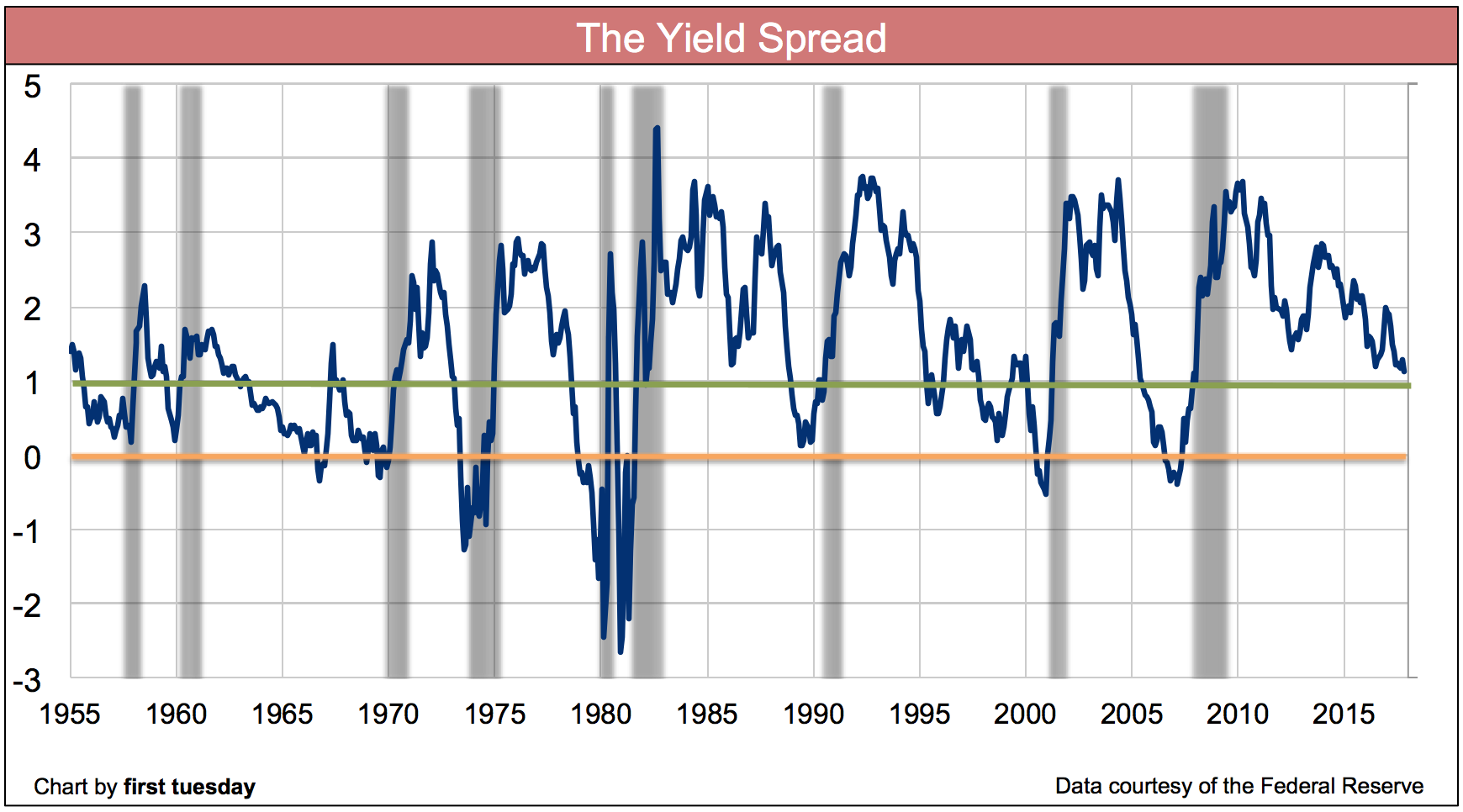 While the risk of owning stocks increases as PE increases, some companies will try to pay their shareholders for that added risk through dividend increases and also stock buybacks.  Tax Reform will be good, generally speaking, for those that own stocks, if you are planning your investments around yearly dividend yields for example.

But, don’t expect 24% gains in the DJIA probably ever again in your lifetime in a 9th inning such as our current bull market, and if you aren’t ready for the significant correction that will happen when the yield spread fully inverts, don’t say I didn’t warn you.

Disclosure:  I wrote this article myself, and I am not receiving compensation from any of the companies or interests listed.  The views expressed here are my opinion alone.  Be responsible, and hedge accordingly.

Do Trade Deficits add to our Government Debt?

If you were to ask the average Trump supporter this question, you may be surprised if

Blockchain Currencies in a Nutshell

When asked about Blockchain technologies, most people respond with blank faces.  Here is a small rundown

Bitcoin’s Slide Spared No One

Bitcoin, Ethereum, Litecoin, and Ripple, the largest crypto currencies by market cap, all slid from their